The weekend of 27th November DTA sent a team of 11 to compete in the National Poomsae Championships in Worchester. In this 2 day event there were over 600 competitors.

Day 1 was for the competing Black Belts. Master Naraine, Marina, Tom and Jemma. Not only were the Black Belts competing for a medal – they were also vying for a place in the GB 2022.

Master Naraine & Jemma were able to retain their places in the 2022 GB Team. After winning Gold Marina secured her place in the 2022 team.
DTA SECURE 3 PLACES IN THE 2022 GB PATTERNS TEAM

Day 2 was the turn of the Coloured Belts / kup grades. The DTA team consisted of Khemissa, Leah, Karla, Lucia, Amelia, Zak and Dexter. (Master Naraine was also Judging.)
Loads of stories to tell, not least Khemissa whose division was moved earlier in the day and got there after her division had started – not the best mental preparation but she still managed to give a great performance and win a silver. 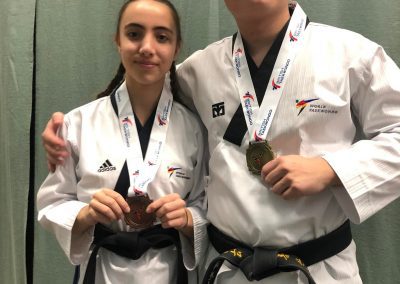 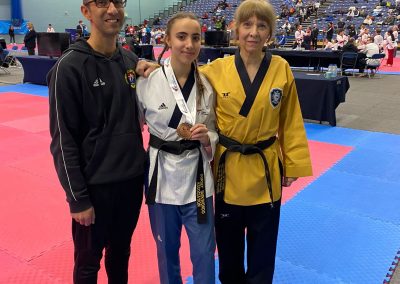 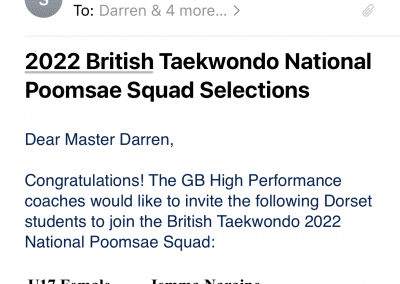 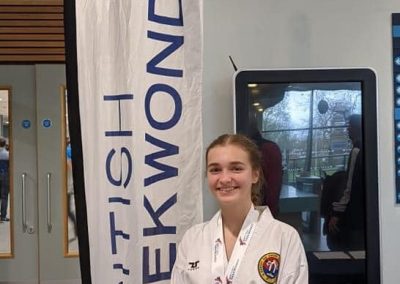 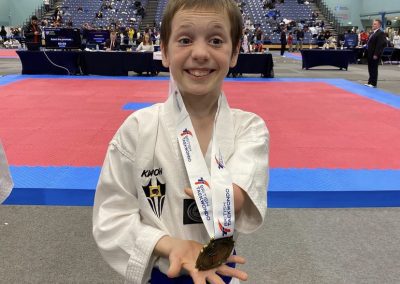 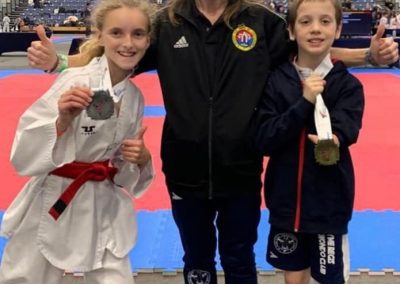 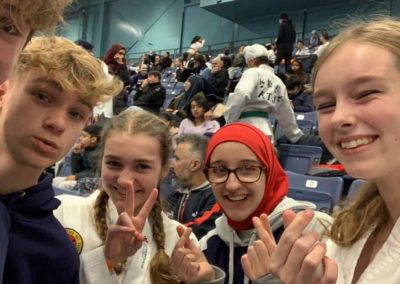