The British Taekwondo National Championships were held in the London Copperbox on 7th November 2021. The competition was scaled down on previous years due to the pandemic. However, when it opened for entries online it was full (800 competitors) in 8 hours. I suspect in a normal year there would have been 1500+ competitors across 2 days.

This is the target competition for all clubs as strong match performances at “The Nationals” leads to invitations to train with the Olympic GB Taekwondo team at the National Academy in Manchester.

DTA were lucky enough to secure 2 spaces at the Nationals 2021. We had Sam (Child -35kg) and Oli in the (Senior +87kg) competing. As always, Master Naraine as an Olympic standard Referee, had to head a team of officials on one of the courts. Dave form South Hams Taekwondo took on coaching Sam and Oli.

Sam was on early and after struggling to get into the centre as the queue was taking 1 hour+. He had little preparation and warm up time and struggled with the nerves. However, he went a few points ahead in the first round scoring with some great punches and headkicks. Despite being ahead the battle with his nerves meant he lost his focus and he eventually lost his opening match.

Luck was against Oli as well. Oli was caught by a lucky kick which caught in on the jaw. He was up quickly but the referee decided he should not continue.

Lessons learned for both of them and they are both ready to train harder and get more match practice in readiness for 2022. 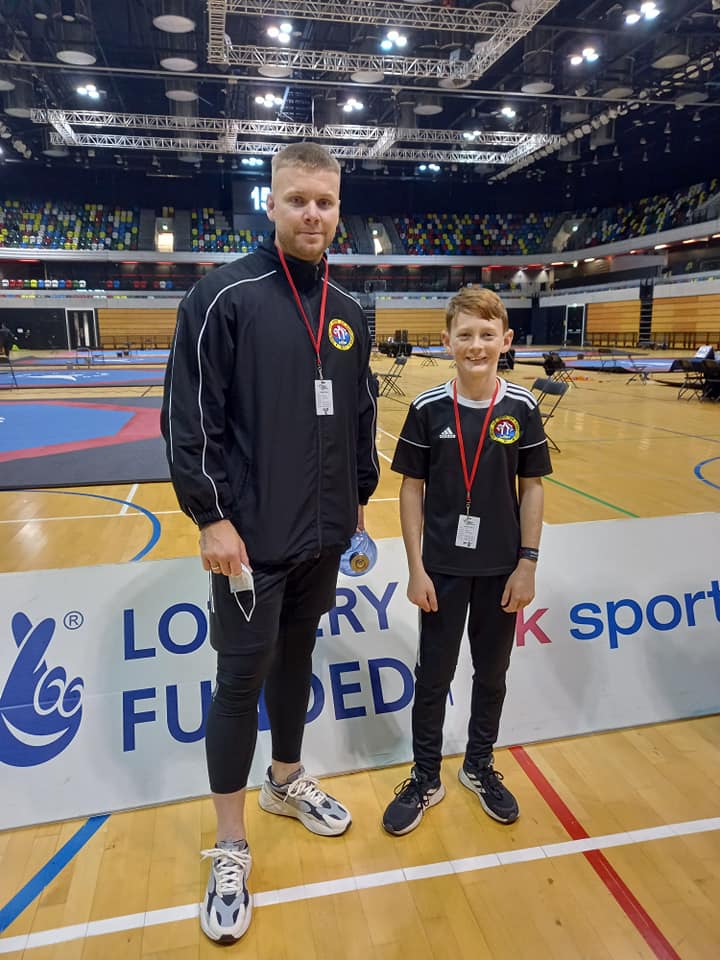 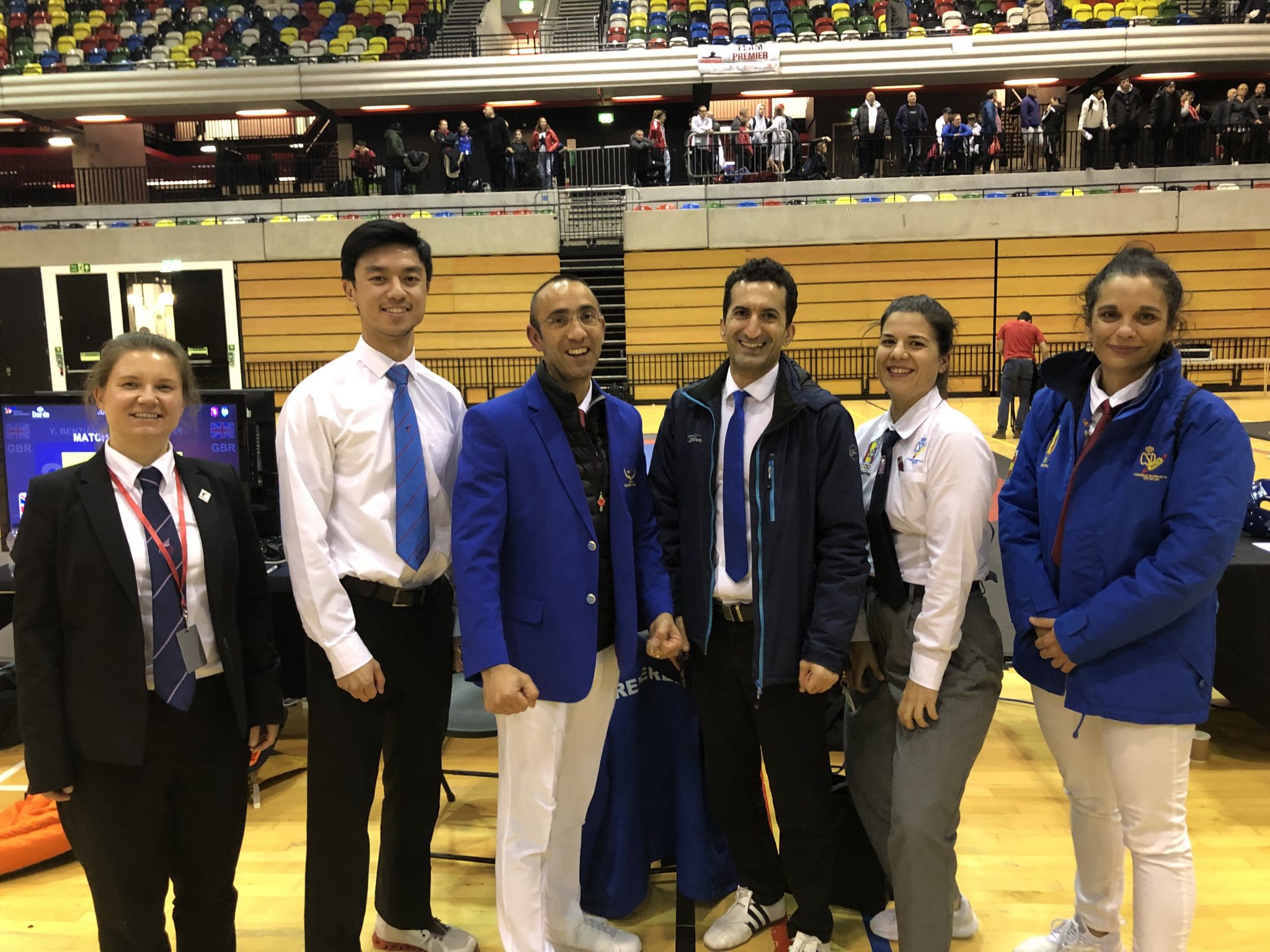